● Loulouka Formula: What You really need to know!

Loulouka is a relative newcomer to the formula market.

Peter, Christiaan, and Michael set out to create a formula that uses a skim milk base without soy or palm oil. Of course, it needs to be 100% EU organic certified.

The company is based in Switzerland, where cows are treated better than anywhere else in the world. Only 23 cows are allowed per farm! There are no giant farms that pretend to be healthy places for the cows.

Where baby formulas are concerned, Loulouka is one of the purest and most like breast milk you can get. In other words, if you, as a loving parent, wanted to start an organic formula company, this is the company you would have built.

Are you still feeling a little unsure? A parent's formula-feeding journey is so personal, unique, and can be challenging. We at OBF24 are proud to have a team that can help guide you along the way. We typically answer your email within a couple of hours. Get in touch 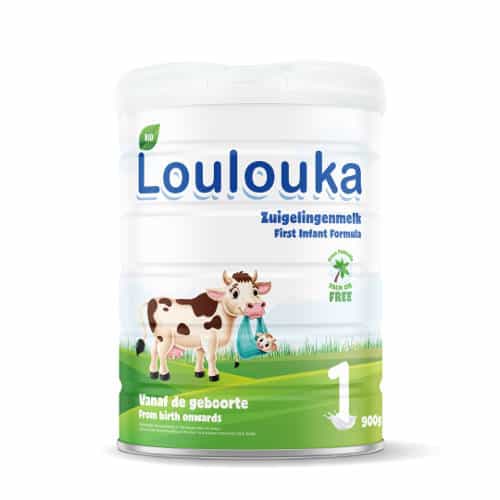 Loulouka Stage 1 is perfect for replacing breast milk or for bottle-feeding for babies from 0-6 months. Produced in Switzerland, home of the world’s best dairy farms, this bio formula provides organic nourishment straight to your baby’s bottle.

Did you find this article helpful?